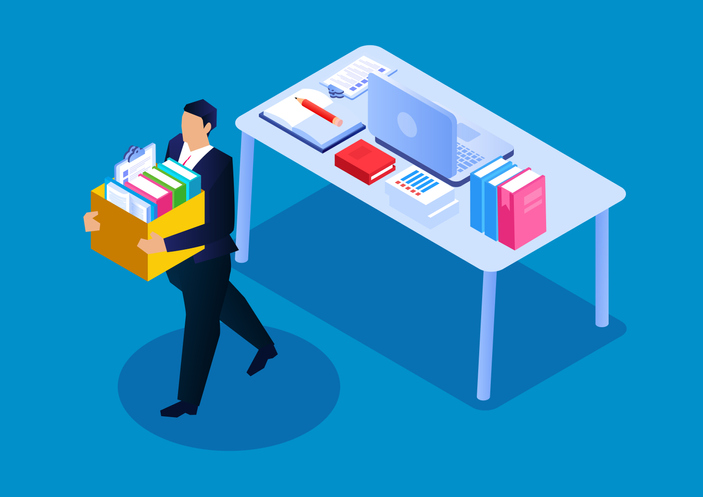 Within 15 minutes of the conclusion of the investigation interview, the former colleague received a text message from Mr McConnell asking: “Did you just throw [Ms Goss] under a bus?” This text message was followed by numerous other texts sent in rapid succession which involved Mr McConnell accusing the former colleague of “saying she’s a big drug user”, “saying her relationship with Heath was consensual” and saying “the bruises were from passionate love making”. “Fuck u,” ended one text.

The “distressed” former colleague subsequently called Health Generation’s director of operations to inform her of the texts she received from Mr McConnell.

Health Generation argued that it imposed a “manifestly reasonable” requirement that the investigation be kept confidential to protect the integrity of the process.

Ms Goss’ lawyers’ provided a statement that Ms Goss understood her obligation to maintain confidentiality and knew that she was prohibited from talking to Mr McConnell about the investigation, despite him being represented as a support person.

Deputy President Clancy concluded “If Mr McConnell was indeed Ms Goss’ support person, he clearly did not understand or appreciate what his role was. His text messages to [the former colleague], sent despite the express request of Ms Goss, were multiple and spaced over a 37-minute time period. The language Mr McConnell used was aggressive, threatening, and intimidatory. Had [the former colleague] been a witness in this proceeding and Mr McConnell engaged in such behaviour in response to her testimony or proposed testimony, he would have committed a serious offence under section 676 of the [Fair Work] Act and been liable to imprisonment.”

Observing that support persons played an important role in investigatory and disciplinary matters in the workplace, Deputy President Clancy said Mr McConnell’s behaviour was the antithesis of what was required “because he set off a chain of events” that resulted in Ms Goss’ dismissal. “However, as much as Mr McConnell’s thuggish behaviour towards [the former colleague] was disgraceful, Ms Goss was not dismissed because of it,” he said.

Deputy President Clancy found Health Generation made a lawful direction to Ms Goss to treat the investigation as confidential, but ruled it was not reasonable having regard to the circumstances of the case. “It was apparent from the outset that both parties had engaged lawyers and wanted the benefit of legal advice. I consider it neither reasonable nor realistic to have required Ms Goss to elect to confide in either one support person or her legal advisers acting in the capacity of support person(s), but not both. Assume Ms Goss had, for example, attended the investigation interview with a support person other than one of her lawyers. It would have been unreasonable for [Health Generation] to then insist that she not disclose what transpired at the interview to her lawyers in the event she felt the need to subsequently obtain their advice with regard to matters that may have arisen or in relation to her ongoing employment.”

Deputy President Clancy further stated that he considered it “manifestly unreasonable and unrealistic” to insist that someone consult only with their lawyers, but not a spouse, de facto partner or anyone else they might rely on for advice and emotional support. “Litigious and potentially litigious matters are emotionally draining and require consideration of complex issues. Decisions of significance need to be made. To have expected an individual to operate within the type of solitary vacuum [Health Generation] appears to have insisted upon was unreasonable.”

The reality, said Deputy President Clancy, is a “circle” of individuals might be aware of matters arising in an investigation or disciplinary process. That much, he said, had been “laid bare”, by Health Generation’s lawyers, who in a letter to Ms Goss’ law firm said Health Generation could not “commit” to maintaining confidentiality while conducting and reporting the investigation.

“This is the key,” the deputy president continued. “An individual brought into a circle of confidentiality must respect that privilege and behave appropriately. Ms Goss was spectacularly failed by the stupidity of the boorish Mr McConnell, but I am not persuaded her disclosure of confidential information to him in all the circumstances of this case, including her [mental health] symptoms and the prevailing conditions brought about by COVID-19, constituted a valid reason for the termination of her employment.

“In all fairness, I suspect that neither Ms Goss and her lawyers nor [Health Generation] and its lawyers could have anticipated the behaviour of Mr McConnell which detonated the relationship between the parties.”

Deputy President Clancy ultimately found Health Generation’s confidentiality direction unreasonable because it required Ms Goss to decide whether to confide in her partner or lawyers acting as her support person, “but not both”.

Accordingly, the deputy president concluded he was satisfied that Ms Goss was unfairly dismissed within the meaning of section 385 of the Fair Work Act 2009 (Cth).

In light of his decision, Deputy President Clancy encouraged the parties to agree on an appropriate remedy, “thereby negating the necessity for any further hearing, with its associated legal costs”.

If you would like more information conducting a workplace information and protecting confidential information, please contact Ai Group’s Workplace Advice Service on 1300 55 66 77.

Alternatively, if you would like advice or assistance in responding to unfair dismissal claims, or managing disciplinary action processes or termination of employment processes including managing the risks associated with disclosure of confidential information, we would be happy to assist from any of our Ai Group Workplace Lawyers offices in Sydney, Newcastle, Melbourne, Wollongong, Brisbane, Adelaide or Perth, or contact Ai Group Workplace Lawyers here.